Can You Make Coffee With Milk Instead Of Water? We Tried Hot And Cold Brew 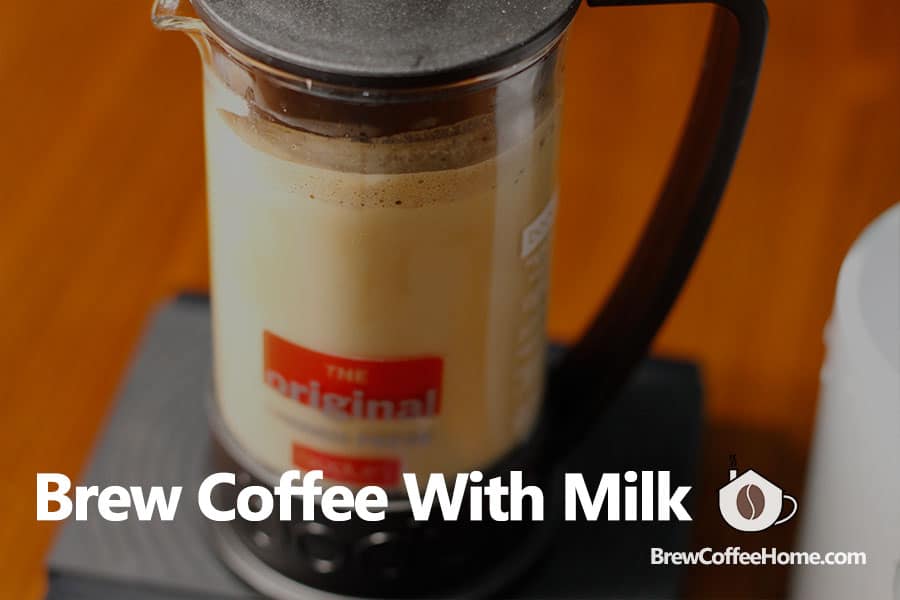 Have you ever considered brewing coffee with milk rather than water? If not, it’s hardly a surprise as it sounds unusual. If you think about it, though, doesn’t it make sense? After all, adding milk to black coffee is common for many coffee drinkers so it’s not such a leap to using milk in the brewing process.

If you’d like to know what it’s like before experimenting yourself, that’s where we come in. We’ve tested the methods out using both hot and cold brew. So, let’s get into this intriguing coffee experiment to see if it’s something you’d like to try.

What Brewing Method Is Best?

We opted for the French press to conduct this experiment. But why?

Secondly, coffee’s optimal brewing temperature is between 195°F and 205 °F. However, if you heat milk to those temperatures, it will burn and change the nutrition and flavor. So, this rules out using a Moka pot (Stovetop espresso maker)

Ideally, you should heat your milk to a maximum of 160 °F. However, if you use pour-over or AeroPress, the lower temperature and short extraction process cannot extract the coffee as hot water. So, not only will you have under-extracted coffee, but they will be a hassle to clean.

How Do You Brew Coffee With Milk In A French Press?

Step one: Heat the milk

Heat your milk to 160 °F. You can heat the milk ensuring it reaches the correct temperature a few ways. We recommend either using either a microwave or saucepan, as these are the easiest.

If you own a microwave, place a cup of cold milk in it and set it for between 50 seconds and a minute. Doing this will heat the milk to around the correct temperature. If you want, you can also check the temperature with a thermometer every 20 seconds to ensure the milk doesn’t burn.

If you’re using a saucepan, heat the milk slowly over a medium heat, stirring frequently. If you heat it too quickly, the sugars can burn, and the protein may curdle.

We normally use coarser grinds for French press coffee. However, if you’re brewing with warm milk, the coffee will taste weaker. To get around that problem, use finer coffee grounds for a more robust flavor. We chose a 1:15 coffee to milk ratio to extract enough flavor and shorter brew time.

Step three: Steep the grounds in the milk

Add the heated milk to the French press and use a spoon to stir it. Doing this will ensure that the ground coffee is completely saturated. Then, leave it to steep for four minutes.

Gently press the plunger down to remove the grounds from the liquid, pour gradually into your cup, and enjoy!

How Does The Milk-Brewed Coffee Taste?

We’re pleased to report that the milk-brewed coffee is smooth and creamy. Unsurprisingly, it tastes a lot like hot coffee with milk added, but what stands out with coffee brewed this way is that the milk flavor is dominant.

Meanwhile, the coffee flavor is not quite as prevalent as coffee brewed with hot water. This is likely because we use a lower brewing temperature, meaning the coffee is not fully extracted.

If you use a dark roast, the drink will have a distinct coffee aroma. However, the initial flavor will be milky, transitioning to a satisfying coffee aftertaste.

The beverage most clearly resembles a latte minus the foam, in both appearance and flavor. Also, it won’t be as hot as the coffee brewed with water, meaning you can drink it immediately after brewing.

Cold brew is another fantastic method for brewing coffee with milk because it’s easy, and you won’t need any specific coffee-making equipment. You’ll just need a mason jar and a sieve for filtering the grounds. As with hot milk, you can use a French press for cold brewing. Meanwhile, the filtering process is even easier.

Bear in mind that this method uses ready-to-drink cold brew rather than concentrate because you shouldn’t dilute coffee concentrate if it’s been brewed with milk. After all, you don’t want to add more milk or water.

How Do You Cold Brew Coffee With Milk?

Step one: Weigh and grind the beans

Weigh 30g of coarsely ground coffee. Aim for slightly finer grounds than regular cold brew to enhance the flavor. As with the hot brewed method, we don’t recommend a light roast for brewing coffee with milk.

Step two: Steep the grounds in the milk

Pour 450ml of milk into a mason jar, then gently shake or stir it to ensure the grounds interact thoroughly with the milk.

Step three: Put it in the fridge

We shouldn’t leave milk to sit for as long as water, and as we’re using finer grinds, 8 hours will suffice.

It’s trickier to strain coffee brewed with milk. We tried with a paper filter, but that didn’t work well. So instead, using a stainless steel filter did the job. However, using a French press is the best solution, and it’ll produce a jar of cold brew coffee similar to an iced latte.

If you’re familiar with cold brew concentrate diluted with cold milk, this milky cold brew is similar. However, it offers a creamier texture in the coffee, while the milk has a stronger flavor.

The coffee is still rich, but we expected a smoother coffee as we assumed the milk would mask some of the coffee’s flavor. Instead, however, we detected more bitter notes than cold brew using water. Perhaps there are chemical reactions when the liquid is brewing that differ from those cold brews using water, which is why we leave it for 8 hours rather than 12 to 24 hours.

If you’d rather avoid the hassle of the methods outlined so far, instant coffee could be the answer. We tested it and had similar results – namely, a creamier body and stronger milk flavor.

It is crucial to heat the milk to the correct temperature, just as the steamed milk used for an espresso-based beverage. However, this is the only difficult aspect of brewing coffee with milk.

“And by staying lower than 70 °C (158 °F), lactose does not have the opportunity to react with the proteins and causes browning and undesirable flavors.”

Aiming for milk between 140 °F and 160 °F is ideal for maintaining flavor and nutrition. It will also allow for sweetness and a more satisfying mouthfeel.

Can You Use Whole Milk Alternative?

There are many alternatives to whole milk. For example, you can replace it with soy milk, almond milk, coconut milk, or oat milk, and the recipes we’ve explained in this article will work.

You will need to make sure the non-dairy milk you’re using doesn’t react with the coffee, leading to curdling. However, if you are lactose intolerant or suffer from other allergies, alternatives to whole milk are fine.

After experimenting with several ways to brew coffee using milk instead of water, we found it is perfectly possible and leads to good results.

If the recipes we’ve highlighted in this article intrigue you, we recommend trying them yourself to see if the results impress you.

In particular, if you’re a fan of milk-based coffee beverages, we think brewing coffee with milk is something you definitely should try at least once. 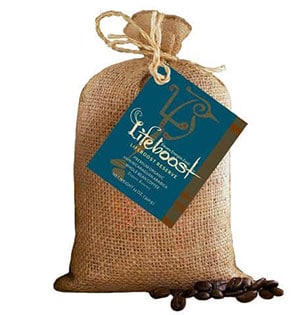 LifeBoost is one of our favorite coffee brands. They offer healthy organic low-acid coffee. If you haven't tried Lifeboost yet, here is the special 50% off for first time customers.